The place your kids beg for by name…
pretty please with Sprinkles On Top!

We love frozen yogurt, and we hope you do too! If you happen to be a fanatic of the sweet deliciousness of fro-yo, you’re in for a treat. But if you’re on the fence, no worries, hopefully these facts (and the yummy selections at Sprinkles on Top) will win you over!

Now let’s get some brain stimulation going with 4 fun facts about frozen yogurt!

Fact #1: Yogurt Has Been Around For, Like, Forever
People have been eating plain yogurt for thousands of years, and its origins can be traced to the Middle East and India. Yogurt was brought to the United States in the 1900s and Dannon started selling it in the 1930s. That was when it became popular here in the US, and the rest is history!

Fact #3: Frozen Yogurt Used to be Sold Only in Scoops
Back when Fro-yo was first invented and sold, it was sold only in scoops like ice cream. When soft-serve frozen yogurt was first invented in the 1980s, it quickly became popular, and stores have been serving it like that ever since!

Fact #4: There Used to Be Popsicle Fro-Yo
Dannon was always a big player in the yogurt industry. Back when fro-yo was first being created, Dannon released “Danny,” a fruit-flavored frozen yogurt popsicle, in 1979. It was the first frozen, perishable snack to be distributed in the United States. 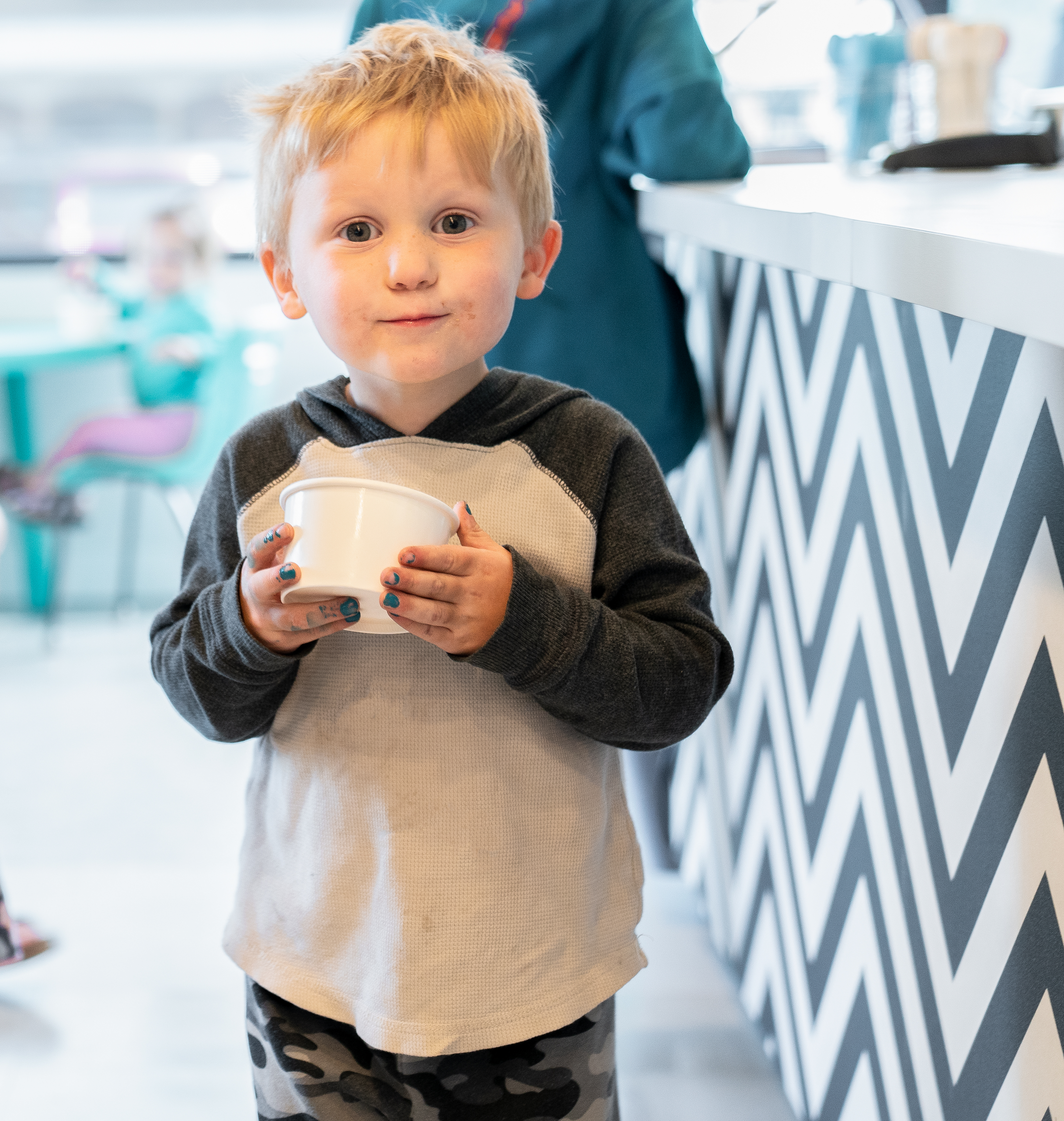 What People are Saying

“Our crew makes this a regular stop during our rotation. Love it!“

Drop Us a Line

Don’t be shy. Let us know if you have any questions!